Hillary Clinton loses the election and one of the many things to blame is social sites having “false news”. I don’t go to Facebook or Google+ to read the news, I go there to see what my friends and acquaintances are talking about. In a sense, social sites are the new coffee shops and breakfast nooks where the same people sit each day and talk about what is going on in the news, in town or whatever floats their boats. The difference is everyone is either chatting with their computers, cell phones or other online devices instead of spending hours sitting at a booth at Denny’s.

They also have the ability to talk to people all over the world. When the 2014 Winter Olympics took place in Russia I had the chance to chat with people at social sites who lived in and around Sochi. People who were able to enjoy full internet access for over 24 hours straight for a change and enjoyed having the ability to surf the net with less of the usual government censoring. During the coup in Egypt I chatted with people who managed to leave the area before all the violence erupted and others who watched it from their balcony.

I am able to be online friends with people from who knows how many different countries, and numerous social sites to choose from with numerous set ups. Like big picture books, hang out at Pinterest. Like to read headlines, head on over to Twitter. Like to converse, see pictures, videos all in one local, go to Facebook or Google+ and many other options.

However, there are two main groups who dislike this huge method of worldwide communication, the Mainstream Media and Big Government. When it comes to the Mainstream Media: lying, fidgeting the truth around a bit, leaving out little tidbits of info, over dramatizing and totally making crap up is not as easy an option. For decades, the media has been able to fidget the national news. Who would complain and even if someone did complain who would they tell? Now a days, people can watch the news and when it is a pile of lies they can log into their favorite social site and let everyone know what really happened and everyone who sees it can share it until everyone else knows about it. The mainstream media doesn’t like others fact checking their work. When it comes to Big Government, controlling the people with lies and propaganda is not easy when they are all talking to each other and finding out what’s, what.

So, without winning an election, the Democrats have managed to make private companies rethink their social sites and talk about “fake news” and whether it should be banned. What makes up fake news? Will satire sites end up blocked? How about blogs, will their opinions end up blocked from social sites? Talk about making a social site boring. Facebook, Twitter, Google+ and every other social site has the freedom to make restrictions, but at some point in time their participants will take advantage of their freedom to choose and hang out at other social sites. Without participants all those private owned social sites won’t make near as much money as they are making now. However, social sites who maintain freedom of speech within their company guidelines may see an increase in their participants. 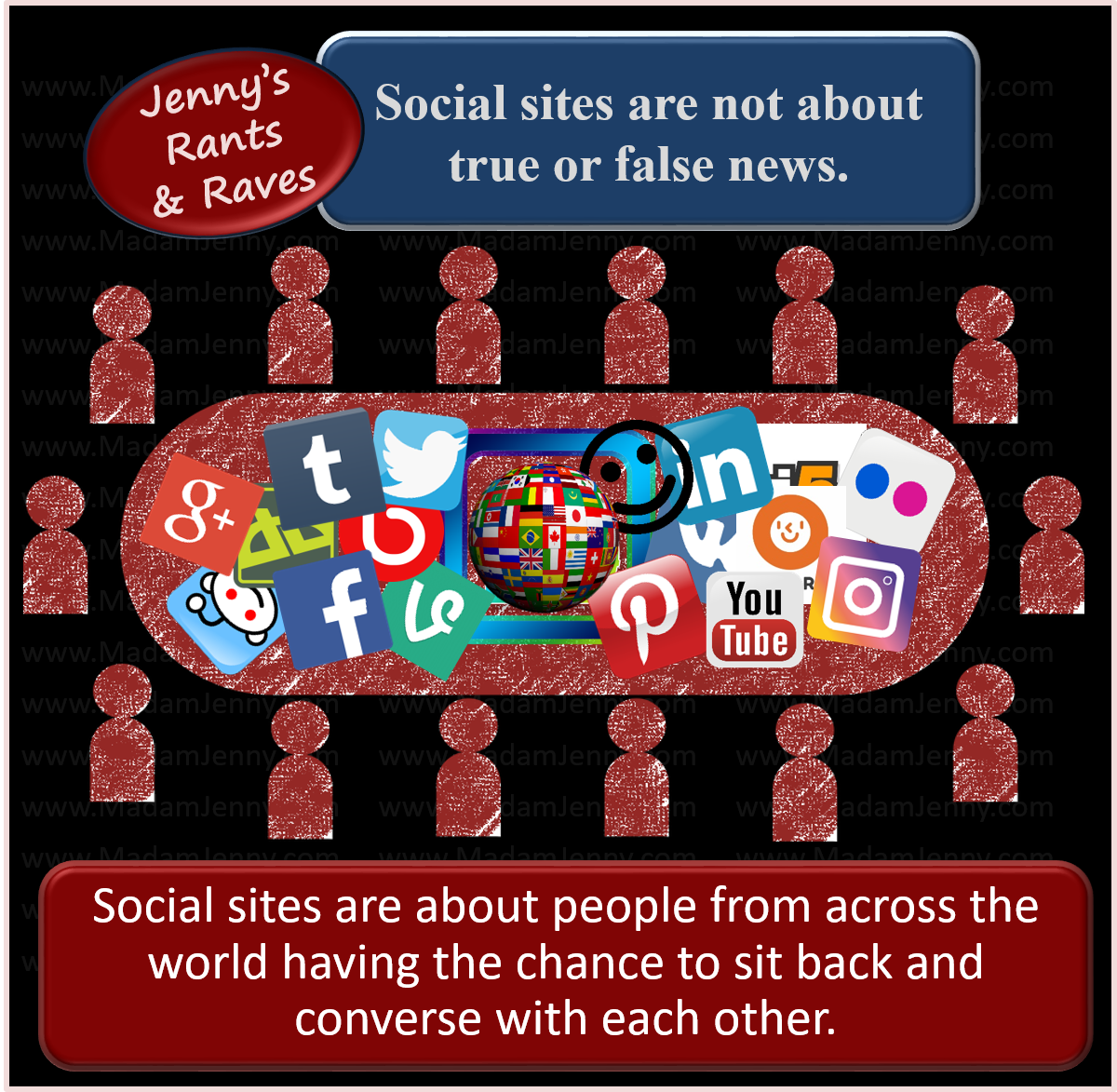