Not even 24 hours after the election and protests have not only started, but many of them quickly turned into riots. Guess those rioting don’t remember 2008 and 2012. They may have won then, but others lost the election and attacking fellow Americans was not the result. Who knows, maybe the Democrat Party was not happy with a non-violent result and why they pushed so hard to create racial barriers as often as possible. With every occurrence of a white individual causing the death of a black individual the Democrat Administration went out of their way to make a city, state or county incident a federal affair. Instigating protests and violence among Americans before any of the facts were brought to light. The current social division is not a result of an individual who just won an election a few days ago, but 8 years of big government instigating division, violence and hatred within society. 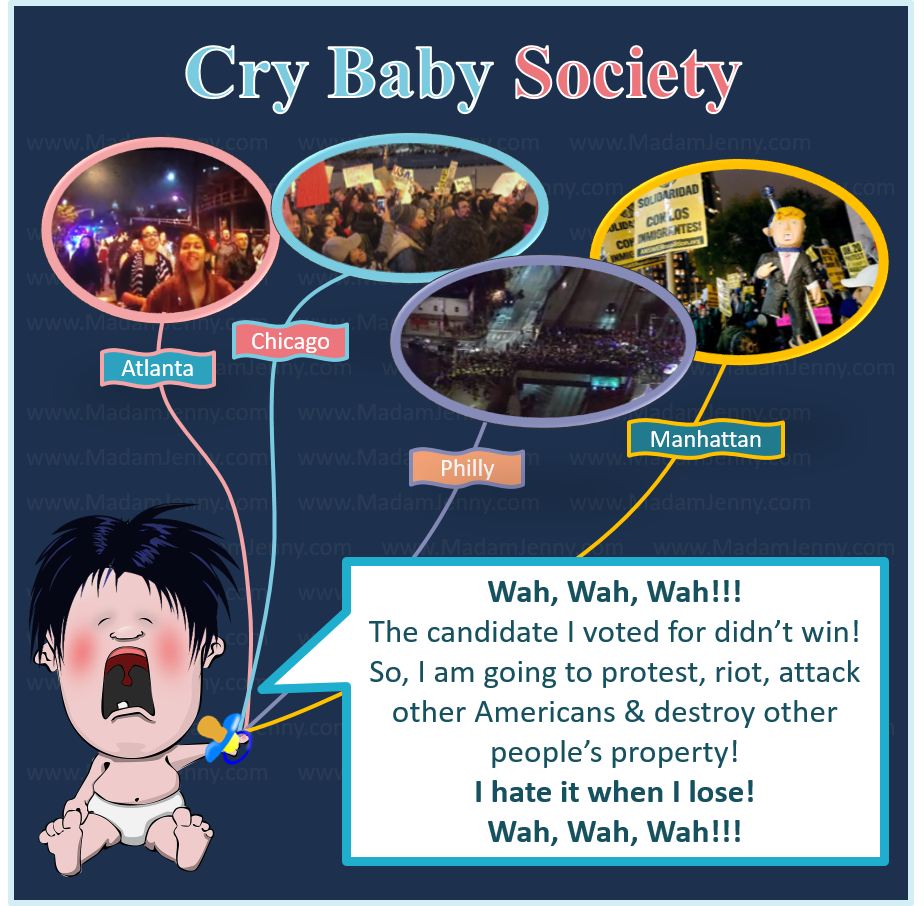