Ted Cruz had no choice, but to endorse Donald Trump. I mean what is he going to do, be a Republican and tell people to not vote or to vote for someone in another political party? His choices included switching to another political party, quitting his political career or supporting the Republican Party. His career is not over, everyone says it is but politicians have survived worse and voters forget, that is why so many politicians keep getting re-elected over and over by voters who usually forget rather than forgive. Plus, most voters only vote every four years when it comes time to vote for President. People complain about the politicians not doing their jobs, but the voters don't do theirs either. 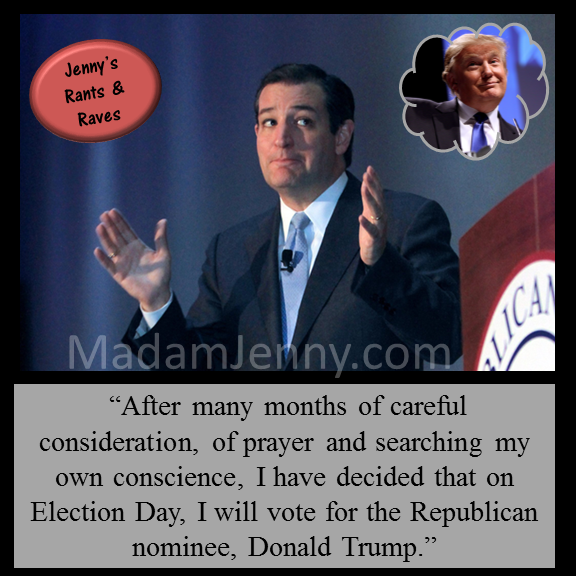